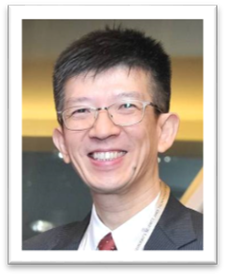 Dr. Li has worked on speech and language technology in academia and industry since 1988. He has taught in The University of Hong Kong (1988-1989), South China University of Technology in Guangzhou, China (1990-1994), Nanyang Technological University in Singapore (2006-2016), University of Eastern Finland (2009), and University of New South Wales (since 2011). He was a Visiting Professor at CRIN/INRIA in France (1994-1995). Prior to joining NUS, he was a Research Manager in Apple-ISS Research Centre (1996-1998), Research Director of Lernout & Hauspie Asia Pacific (1999-2001), Vice President of InfoTalk Corp. Ltd and General Manager of InfoTalk Technology (Singapore) Pte Ltd (2001-2003), the Principal Scientist and Department Head of Human Language Technology at the Institute for Infocomm Research (2003-2016), and the Research Director of the Institute for Infocomm Research (2014-2016). He co-founded Baidu-I2R Research Centre in Singapore (2012). Dr. Li was known for his technical contributions to several award-winning speech products, such as Apple's Chinese Dictation Kits for Macintosh (1996) and Lernout & Hauspie's Speech-Pen-Keyboard Text Entry Solution for Asian languages (1999). He was the architect of a series of major technology deployments that include TELEFIQS voice-automated call centre service in Singapore Changi International Airport (2001), voiceprint engine for Lenovo A586 Smartphone (2012), and Baidu Music Search (2013).

Dr. Li's research interests include automatic speech recognition, natural language processing and information retrieval. He has published over 400 technical papers in international journals and conferences. Dr. Li is currently the Editor-in-Chief of IEEE/ACM TRANSACTIONS ON AUDIO, SPEECH AND LANGUAGE PROCESSING (2015-2018). He has served as an Associate Editor (2008-2012) and Senior Area Editor (2014-2016) of IEEE/ACM TRANSACTIONS ON AUDIO, SPEECH AND LANGUAGE PROCESSING, Associate Editor (2012-2013) of ACM TRANSACTIONS ON SPEECH AND LANGUAGE PROCESSING, Computer Speech and Language (2012-2017), and Springer International Journal of Social Robotics (2008-2016), and a Member of IEEE Speech and Language Processing Technical Committee (2013-2015). He is the President of the International Speech Communication Association (ISCA, 2015-2017), the President of Asia Pacific Signal and Information Processing Association (APSIPA, 2015-2016), the President of the Chinese and Oriental Language Information Processing Society (COLIPS, 2015-2017), the President of the Asian Federation of Natural Language Processing (AFNLP, 2017-2018). Dr. Li served as the General Chair of ACL 2012 and INTERSPEECH 2014, the Local Arrangement Chair of SIGIR 2008 and ACL-IJCNLP 2009, and the Technical Program Chair of ISCSLP 1998, APSIPA Annual Summit and Conference 2010, IEEE Spoken Language Technology Workshop 2014, and IEEE ChinaSIP 2015.

Dr. Li was the recipient of National Infocomm Awards 2002, Institution of Engineers Singapore (IES) Prestigious Engineering Achievement Award 2013 and 2015, President's Technology Award 2013, and MTI Innovation Activist Gold Award 2015 in Singapore. He was named one of the two Nokia Visiting Professors in 2009 by Nokia Foundation, IEEE Fellow in 2014 for leadership in multilingual, speaker and language recognition, and ISCA Fellow for contributions to multilingual speech information processing. Dr. Li is a member of ACL, ACM, and IEICE. 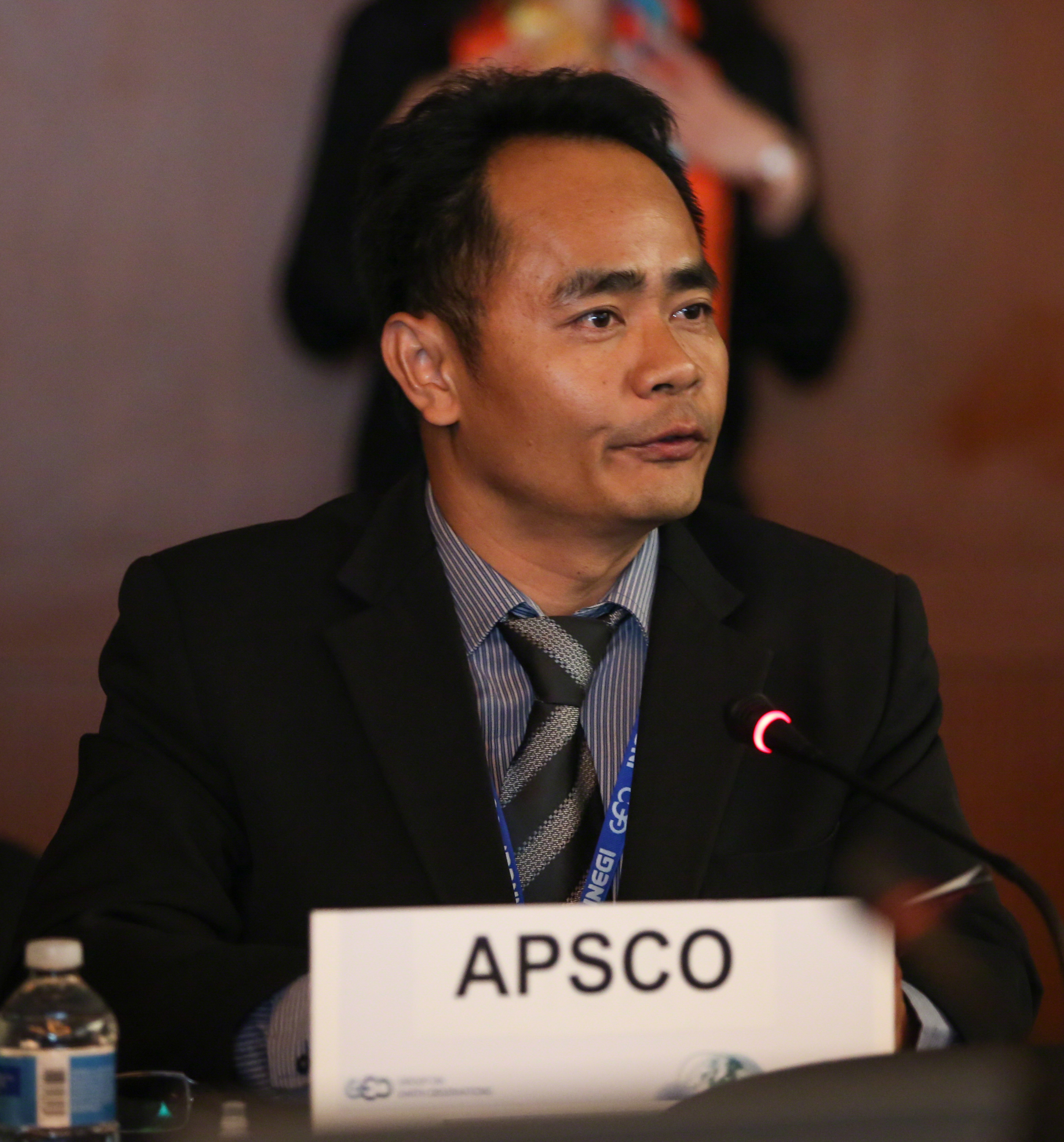 It has been globally accepted that space applications and innovation have the potential to boost progress on the sustainable development of countries, no matter what size their economy is. However, space technology generally requires large amount of investment and long period for return. Hence, it is not quite affordable for most of developing countries. Intergovernmental cooperation platform, like the Asia-Pacific Space Cooperation Organization (APSCO), therefore, has been introduced to provide opportunity for developing countries in exploiting space technology for their socio-economic development. At APSCO, cooperative programs under the domains of space technology development, space science and space applications are well encompassed. Priorities are given on common interests and benefits of its member countries, especially on using space-derived data for disaster monitoring and management. A number of projects have been initiated for sustainable supply of space-borne data to its members through shared platform. Capacity building, space education and research activities are also being actively promoted at APSCO.

Dr. Manop Aorpimai received Bachelor Degree in Control System Engineering from King Mongkut’s Institute of Technology, Ladkrabang (KMITL), Thailand in 1994. He joined the team from Mahanakorn University of Technology (MUT) to develop Thaipaht-1, the first Thai micro-satellite, at Surrey Satellite Technology Limited (SSTL), United Kingdom, in 1996. He also completed his Ph.D. in Spacecraft Engineering from Surrey Space Centre, University of Surrey, in 2000. After graduation, he came back to Thailand to serve as an academic staff at the Department of Control and Instrumentation Engineering of MUT. His research interest was in Spacecraft Dynamics and Control. Later he was promoted as the Department Head in 2001 until 2008. Dr. Manop also held the position of Director of the Thaipaht Satellite Research Centre between 2008 and 2014. He then joined the Asia-Pacific Space Cooperation Organization (APSCO) in 2015 as the Deputy Director-General of the Department of Strategic Planning and Program Management. He is currently the Director-General of the same Department since 2016.

Mr. Pairoj received the Bachelor Degree (2nd Class Honor) and Master Degree in Communication and Electrical Engineer from Kasetsart university, Bangkok, Thailand in 1993 and 1998 respectively.  He completed his Master Degree in Business Administration from Chulalongkorn University, Bangkok, Thailand in 2001. He began his profession in Engineering and Business Development including Technology and Management book publishing (11 books) and more than 900 articles as well as lecture and speech to many institutes and business organizations since 1993 to present. Mr. Pairoj continued to extend his business and technology capability by completing the High level Key Account Management Executive program from London Business School, London, United Kingdom in 2013 and received the international Executive and Business Professional Coaching Certification from The International Coach Federation, USA in 2015. Latest he received the Director Accreditable Program Certification from Thai Institute of Director, Bangkok, Thailand in 2018.

Mr. Pairoj started his career as GSM (Global System for Mobile Communication) Switching Engineering with Advanced Info Services Public Company Limited in 1994. In 1998, he moved to work with interwave Communications Inc, a pioneer Startups company in Redwood City, California, USA to develop and lead a business management role for GSM-in-a-box solution technology.  He decided to combined his strong technology experience in Telecommunication and business by taking a role for Assistant Vice President Sales with Siemens Limited, Thailand in 2000, where he has a lot of achievement such as lead for the first deployment of 3G network at frequency band 1900 MHz in Thailand, success to lead for a tangible business for Mobile Data service.  Mr. Pairoj continued his business journey as Vice President Sales in Ericsson Thailand in 2006 and later on became a Vice President in Digital Product Management of Advanced Info Services Public Company Limited in 2014 where he gained deeper business and technology cooperation in full all Digital Service Arenas.  He is now a Vice Chairman of VVR Asia Co., Ltd, specialize in full scale solution development for Virtual Reality, Augmented Reality and Mixed Reality.